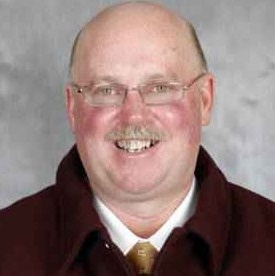 We’re watching SportsCenter when a picture of Jerry Kill, coach of the Minnesota Golden Gophers football team, comes on the screen, accompanied by the unfortunate news that Kill suffered a seizure following the team’s 21-13 loss to Northwestern.

“In that case, I’m going to go ahead and say that he looks like a gopher.”