Henry “Hammerin’ Hank” Aaron was an outfielder with the Milwaukee Braves, Atlanta Braves and Milwaukee Brewers. He was a 25-time All-Star, was elected to the MLB Hall of Fame in 1982, and was awarded the Presidential Medal of Freedom in 2002.

He holds the MLB career records for RBI (2,297) and total bases (6,856), and was baseball’s home run king from 1974, when he hit number 715 off the Dodgers’ Al Downing, until 2007, when he was surpassed by the cheater Barry Bonds, who made a mockery of the most hallowed page of the MLB record book.

Muhammad Ali once called Aaron “the only man I idolize more than myself.” 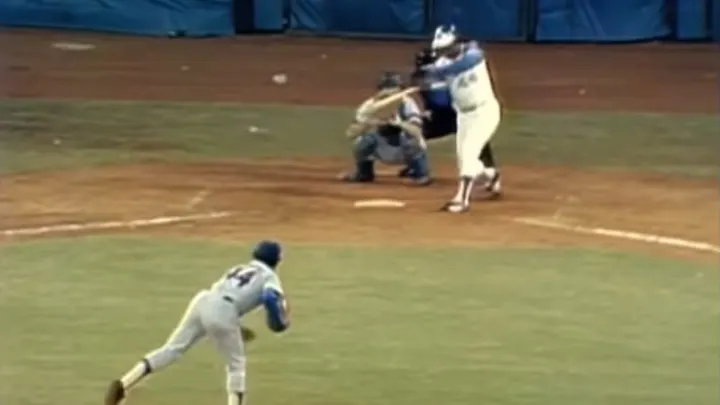