They Were Not Violent or Crazy

Here’s an offbeat local item as reported in the Orange County Register: 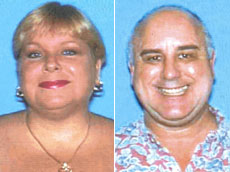 Kevin and Joni Park were shot and killed in an oceanfront bungalow at the Montage [a Laguna Beach hotel where bungalows start at $2,200 a night] on Sunday where they had checked in with a semiautomatic handgun and a bag of extra ammunition.

The Parks were killed in a confrontation with police after officers were summoned to the hotel at 7:40 a.m. by several 911 callers, who reported a naked, “crazy woman” with a gun who was threatening them in Treasure Island Park, at the southern end of the five-star resort.

Mrs. Park appears to be naked in the accompanying photo as well. Was she a nudist? The Register is silent on this point.

One of the Parks’ neighbors says that “they were not violent or crazy.”

No, they were not violent or crazy. I ask you: who doesn’t enjoy an occasional weekend getaway at a five-star resort, running naked through the lush green lawns, and threatening the patrons with a loaded handgun?

← He Doesn’t Know Either
OK, So They Were Violent and Crazy →

2 comments for “They Were Not Violent or Crazy”

Before you contradict an old man, my fair friend, you should endeavor to understand him.