I Went Deaf on Christmas Eve

I tell my son I’m going to the urgent care walk-in clinic.

“I want to find out why I’ve gone deaf in my left ear.”

“You’ve got an ear infection,” he says. “I had one when I came back from Thailand. I was also coughing 24/7 so I had to take this insane cough syrup and ear infection pills.”

“You’ll just get the ear infection pills then.”

“When you took them, could you feel your ear canal cracking open? Man, that’s the best! It’s almost worth it to have a clogged passage just to feel it cracking open again.”

“Yeah, but it takes a couple of days.”

II. At the doctor’s office 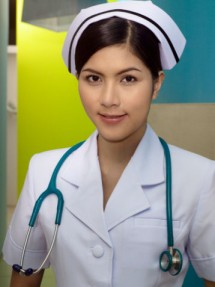 “Is that good?” I ask. (I already know it’s good . . . I just want to hear her acknowledge that, even though I’m much older than she is, I’m in excellent physical condition and could undoubtedly satisfy her sexually.)

“Yes. Now I’m going to take your pulse.” She takes it and writes it down on the chart.

“Yes. The doctor will be right in.”

The doctor looks in my ear and tells me I have an ear infection. She gives me a prescription for antibiotics and recommends Sudafed — “the kind you have to ask for” — for the congestion.

III. At the Pharmacy

I pick up my prescription and I ask the pharmacist for Sudafed.

“The kind you have to ask for.”

(A couple of years ago, the original Sudafed, and all other products containing pseudoephedrine (PSE), was moved “behind the counter” by federal legislation because PSE can be used to produce methamphetamine, also known as crystal meth. The over-the-counter version of Sudafed is now called Sudafed PE and contains phenylephrine instead of PSE.)

So the pharmacist brings the Sudafed, asks for a photo ID, and says, “You have to initial the form there to indicate that you’re not going to resell it.”

“Really? How much do you think I could get for it?”

“Kids resell them at clubs for 3 to 10 times market value.”

“Wow. That really highlights my lack of initiative. I’m just hoping it makes the inside of my head feel less like a toasted marshmallow.”

Also, whether I died now or forty years hence, this business of dying had to be got through, inevitably. Still, somehow this line of thought wasn’t as consoling as it should have been . . .