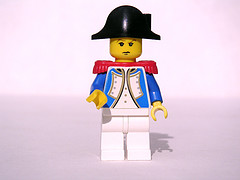 I ask my boy how school’s going this year, his senior year in high school.

When we get to the subject of his English teacher, he says, “He’s fine, other than he’s got a Napoleon complex and spends the entire class talking about himself. I know everything about him and I’ve learned nothing about poetry.

“He has a two-year-old daughter and another daughter six months old. He coaches a cross-country team. He considers himself the greatest runner of all time. We don’t know what pain is because he has a messed-up knee and he runs on it anyway.

“He thinks Mr. Plette [the AP History teacher] is soft because Mr. Plette give higher grades than he does but don’t tell Plette he said that because Plette’s his boy.

“Did you know that he has a principal’s credential? When he took the test, other teachers were hanging their heads and walking out of the room, but he knew immediately that he passed it because he knows how to write essays.”

“I hope you’re not pointing these things out to anyone but your parents.”

“Are you kidding? It’s all I talk about.”