Making it Through High School Alive

Baltimore schools spend a staggering $16,000 per student – the fourth-highest rate in the nation – and still an investigation by Fox45’s Project Baltimore revealed that at six city schools, not one student scored proficient on the statewide tests for English and math.

At West Baltimore’s Frederick Douglass High, one of five high schools and one middle school where not one student scored a four or a five on the state test, only one out of 185 students who took the test last year scored a three, while 165 students scored a one, the lowest possible score. 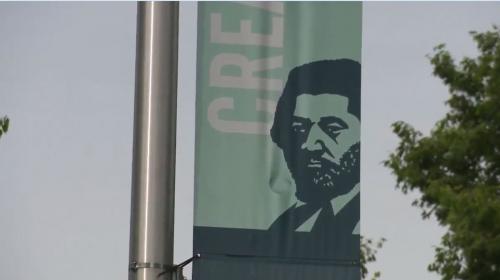 It looks like if you live in Baltimore, you want to avoid sending your child to a school whose name includes the word “Academy” or the name of an eminent black American.

The mother of one Frederick Douglass student is quoted as saying, “That’s absurd to me. That’s your teacher’s report card, ultimately.”

In Irvine, CA, where I live, the school district spent $9,488 per student last year, so I think it’s fair to say that Baltimore parents are not getting good value for their education dollar, but I also think that Irvine parents would be much more likely to say that sub-par educational performance indicates a problem in the home rather than with the teachers.

Accentuating the positive: At Excel Academy, 300 seniors started the school year, 104 graduated and 5 were shot to death. In some towns, just making it through high school alive is an accomplishment.

← A Fake News Taxonomy: 7 Types of Mis- and Disinformation
Convincing →

I was discovering that not all of the promises would be kept, that some things are in fact irrevocable and that it had counted after all, every evasion and every procrastination, every word, all of it.

— Joan Didion, “Goodbye to All That”