America in the 1950s made the rich pay their fair share; it gave workers the power to bargain for decent wages and benefits; yet contrary to right-wing propaganda then and now, it prospered. And we can do that again.

I hardly know where to begin with this . . .

First of all, what is the relevance of the 1950s as opposed to any other period of American history? America prior to 1913 had no permanent income tax and contrary to left-wing propaganda, it prospered. Why can’t we do that again? 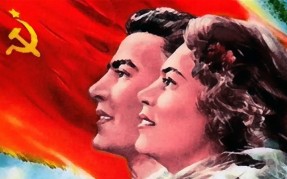 Of course we’re all in favor of fairness — right? — but why is it only important that “the rich” pay their “fair share”? I don’t remember ever hearing anyone, certainly not Krugman, use the phrase “pay their fair share” in reference to any group except “the rich.”

Why not say that everyone should “pay their fair share” instead of making a class warfare issue out of it?

As George Harrison used to say:

Out of those nine cents, you also had to pay Social Security taxes, state taxes, local taxes, sales taxes, property taxes and excise taxes. Am I forgetting anything? It doesn’t seem unlikely to me that nine cents on the dollar wouldn’t be enough to cover all those taxes, in which case you’d actually lose money on every dollar.

If I’d been a business owner in the 1950s, with the knowledge that once I made 200 grand, I’d be operating at a loss, I would have just shut the place down at that point and sent everyone home till the next year. I don’t care if it was November or August or January.

Finally, when Krugman talks about workers having “the power to bargain,” he’s talking about unions, as though the two things are inseparable. I’ve never been in a union but I’ve bargained for wages and benefits at every job I’ve ever had. Anyone with marketable skills can bargain for wages and benefits.

P.S. Maybe I’m reading too much into it, but “workers” is a telling choice of words, isn’t it? Why not “employees” or just “people”? “Workers” calls to mind communist rallying cries and the Wobblies.

← If Everything Goes as Intended . . .
Tedford Relieved of Duties, i.e., Fired →