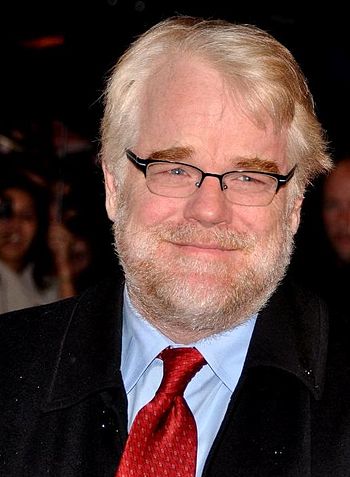 A friend found his body in the apartment and phoned police. Hoffman was alone in his bathroom when he was discovered with a heroin-filled needle in his arm, law enforcement sources said.

I am really shocked to hear that. People are shooting up heroin first thing in the morning?! To me, a shot of heroin — like a nice, warm bath — is best enjoyed in the evening, to unwind after the travails of the day.

This is yet another blow to a theory that most Americans believe, which is that wealth is synonymous with happiness.

Philip Seymour Hoffman, he’s in every movie, it seems like. He’s a Top 1 Percent wage-earner for sure. We hate the Top 1 Percent! They’re so rich and smug and happy.

“Oh,” people think, “if only I had a lot of money and I could do anything I want. Then at last I could be happy too.”

Wrong. Not only would you not be happy, you’d be even less happy than you are now, because you’d no longer have lack of money to blame for your unhappiness.

The adulation that actors receive is so wildly out of proportion to the triviality of what they do. Some, like Hoffman, have the limited amount of self-awareness required to recognize this, to their eternal detriment. 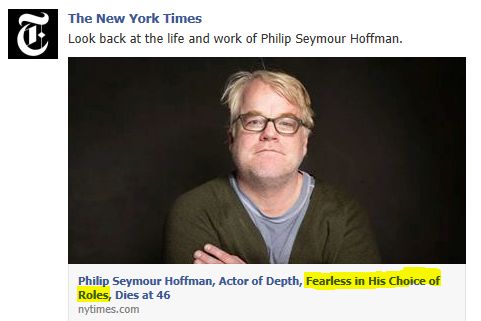 The “fearless choice of roles” meme with reference to actors has always stuck in my craw.

“So let me get this straight . . . if I take this role, I’ll have to read the script, learn my lines and pick up a check? Nope, sorry. Too scary.”