A man has been crushed to death after a giant crucifix dedicated to Pope John Paul II collapsed, just days before a historic Papal canonisation in Rome.

The 30-metre-high (98ft) wooden and concrete cross fell during a ceremony in the Italian Alpine village of Cevo, near Brescia. Another man was taken to hospital.

The structure was dedicated to John Paul II on his visit to the region in 1998.

It’s clear to me that the Pope intended to kill this man. What’s the rule? Does this cancel out one of his life-saving miracles?

If you believe that a dead person can be the agent of unexplained happenings on Earth, then you’ve got to take the bad with the good. If the Pope gets credit for a miracle when a woman’s health improves after seeing his picture in a magazine, then he should take the rap when his crucifix falls over and kills someone. 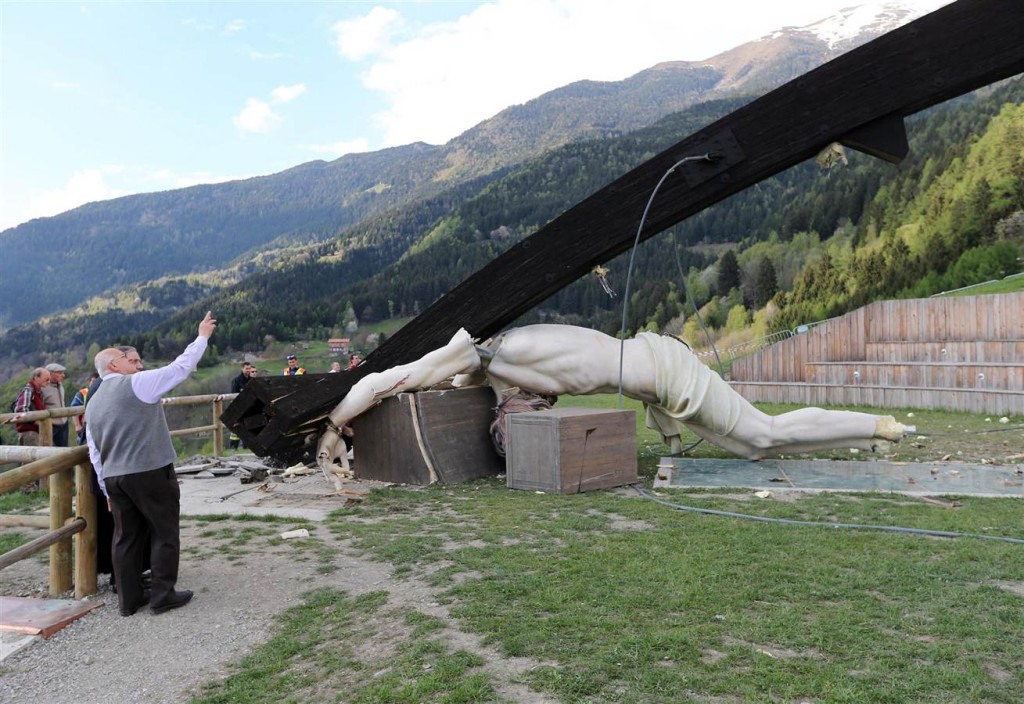