He Is Therefore Responsible For All of It

The world, we are told, was made by a God who is both good and omnipotent. Before He created the world, He foresaw all the pain and misery it would contain; He is therefore responsible for all of it. It is useless to argue that the pain in the world is due to sin. In the first place, this is not true; it is not sin that causes rivers to overflow their banks or volcanoes to erupt. But even if it were true, it would make no difference. If I were going to beget a child knowing that the child was going to be a homicidal maniac, I should be responsible for his crimes. If God knew in advance the sins of which man would be guilty, He was clearly responsible for all the consequences of those sins when He decided to create man. The usual Christian argument is that… Read more →

The Natural Law Argument for God

The whole idea that natural laws imply a lawgiver is due to a confusion between natural and human laws. Human laws are behests commanding you to behave a certain way, in which way you may choose to behave, or you may choose not to behave; but natural laws are a description of how things do in fact behave, and being a mere description of what they in fact do, you cannot argue that there must be somebody who told them to do that, because even supposing that there were, you are then faced with the question “Why did God issue just those natural laws and no others?” If you say that he did it simply from his own good pleasure, and without any reason, you then find that there is something which is not subject to law, and so your train of natural law is interrupted. If you say, as… Read more →

Wailing and Gnashing of Teeth

Then Christ says, “The Son of Man shall send forth his angels, and they shall gather out of His kingdom all things that offend, and them which do iniquity, and shall cast them into a furnace of fire; there shall be wailing and gnashing of teeth,” and he goes on about the wailing and gnashing of teeth. It comes in one verse after another, and it is quite manifest to the reader that there is a certain pleasure in contemplating wailing and gnashing of teeth, or else it would not occur so often. . . . I must say that I think all this doctrine, that hell-fire is a punishment for sin, is a doctrine of cruelty. It is a doctrine that put cruelty into the world and gave the world generations of cruel torture, and the Christ of the Gospels, if you could take Him as his chroniclers represent… Read more →

Could Right and Wrong Exist Without God?

Can Religion Cure Our Troubles?

I do not myself think that the dependence of morals upon religion is nearly as close as religious people believe it to be. I even think that some very important virtues are more likely to be found among those who reject religious dogmas than among those who accept them. I think this applies especially to the virtue of truthfulness or intellectual integrity. I mean by intellectual integrity the habit of deciding vexed questions in accordance with the evidence, or of leaving them undecided where the evidence is inconclusive. This virtue, although it is underestimated by almost all adherents of any system of dogma, is to my mind of the very greatest social importance and far more likely to benefit the world than Christianity or any other system of organized beliefs. — Bertrand Russell, “Can Religion Cure Our Troubles?” Read more →

Is It Humane to Believe in Everlasting Punishment?

I do not myself feel that any person who is really profoundly humane can believe in everlasting punishment. Christ certainly as depicted in the Gospels did believe in everlasting punishment, and one does find repeatedly a vindictive fury against those who would not listen to His preaching — an attitude which is not uncommon with preachers, but which does somewhat detract from superlative excellence. You do not, for instance find that attitude in Socrates. You find him quite bland and urbane toward the people who would not listen to him; and it is, to my mind, far more worthy of a sage to take that line than to the the line of indignation. You probably all remember the sort of things that Socrates was saying as he was dying, and the sort of things that he generally did say to people who did not agree with him. You will find… Read more →

What Really Moves People to Believe in God

What really moves people to believe in God is not any intellectual argument at all. Most people believe in God because they have been taught to do so from early infancy to do it, and that is the main reason. Then I think that the next most powerful reason is the wish for safety, a sort of feeling thath there is a big brother who will look after you. That plays a very profound part in influencing people’s desire for a belief in God. — Bertrand Russell, “Why I Am Not a Christian” Read more →

There Has Been a Rumor

There has been a rumor in recent years to the effect that I have become less opposed to religious orthodoxy than I formerly was. This rumor is totally without foundation. I think all the great religions of the world — Buddhism, Hinduism, Christianity, Islam, and Communism — both untrue and harmful. — Bertrand Russell, 1957 Read more →

SPOILERS AHEAD! The central character in this movie is a Buddhist monk who has achieved immortality, he looks about 50 but he no longer ages. There is, however, a prophecy that a girl born in the same town that he was born in, but 100 years later, will kill him. [SPOILERS START HERE] So for the last 14 years, he has had his disciples locate and murder every girl born in that city in the year 1999. In most cases, the bodies were disposed of so the cases were treated as missing persons, or in some cases, as accidents. (As I write this, it does seem like the police should have been able to connect the dots a little sooner.) When you see it in a movie like this, it seems grotesque and inhuman that a religious leader would order a mass murder of children in order to preserve his… Read more →

Jesus and Mo: Consider the Possibility

“One thing I’ve noticed about online dating profiles is that a lot of people will say something like ‘No Trump Supporters,’ but I’ve never seen one profile where someone says ‘No Trump Haters’ or ‘Trump Supporters Only.’” “That’s interesting. I mean, Trump is a polarizing figure but I’d expect it to split about 50-50 between ‘No Trump Supporters’ and ‘No Trump Haters.’” “No, that’s not the case. It’s not 50-50, it’s 100-0. Nor are there specific exclusions mentioned for other polarizing figures, i.e., ‘No Bernie Bros’ or ‘No Socialists.’ I’ve never seen ‘No Atheists’ or ‘No Christians.’ But I see a lot of ‘No Trumpsters.’ “Ironically, the main beef about Trump and his supporters, as I understand it, is they are intolerant bigots. It makes you wonder, you know, which side the intolerant bigots are really on.” Read more →

Jesus and Mo: These Are Not Jokes

It’s All Part of the Plan

The Saints Went Marching In

And, behold, the veil of the temple was rent in twain from the top to the bottom; and the earth did quake, and the rocks rent; And the graves were opened; and many bodies of the saints which slept arose, And came out of the graves after his resurrection, and went into the holy city, and appeared unto many. — Matthew 27:51-53 It is an easy thing to tell a lie, but it is difficult to support the lie after it is told. The writer of the book of Matthew should have told us who the saints were who came to life again and went into the city. and what became of them afterward, and who it was that saw them — for he is not hardy enough to say that he saw them himself; whether they came out naked and all in natural buff, he-saints and she-saints; or whether… Read more →

A Reading From the Book of Numbers

And Moses, and Eleazar the priest, and all the princes of the congregation, went forth to meet them without the camp. And Moses was wroth with the officers of the host, with the captains over thousands, and captains over hundreds, which came from the battle. And Moses said unto them, Have ye saved all the women alive? Behold, these caused the children of Israel, through the counsel of Balaam, to commit trespass against the Lord in the matter of Peor, and there was a plague among the congregation of the Lord. Now therefore kill every male among the little ones, and kill every woman that hath known man by lying with him. But all the women children, that have not known a man by lying with him, keep alive for yourselves. — Numbers 31:13-18 The language is a bit archaic but you understand what’s happening: Kill the boys, kill their… Read more →

A Tolerant and Diverse Society 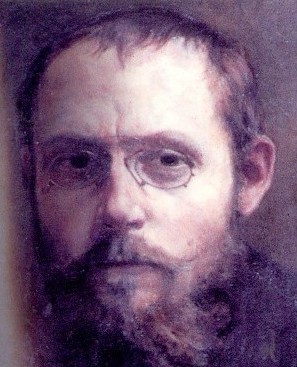 A disciple came to Maruf Kharki and said: “I have been talking to people about you. Jews claim that you are a Jew; Christians revere you as one of their own saints; Muslims insist that you are the greatest of all Muslims.” Maruf answered: “This is what humanity says in Baghdad. When I was in Jerusalem, Jews said that I was a Christian, Muslims that I was a Jew, and Christians that I was a Muslim.” “What must we think of you, then?” the man said. “Some do not understand me and they revere me. Others do not either, so they revile me. That is what I have come to say. You should think of me as one who has said this.” — The Way of the Sufi Read more →

[David Hume] once fell into a swamp near the house he was building in Edinburgh. Owing to his reputation among the locals as an atheist, a woman refused to pull him out of it until he recited the Lord’s Prayer and the Belief, which, being practical-minded, he did. But not before he argued with her about whether Christians were obligated to help their enemies. — Nassim Nicholas Taleb, The Black Swan Read more →