A new study of American cities suggests that rising temperatures may increase the number of people who develop the painful urinary obstructions.

You have to read all the way down to the second-to-last sentence of the article to find this:

The study uncovered a connection between higher temperatures and risk of kidney stones, but didn’t prove cause-and-effect.

In the epilogue of War and Peace, a peasant notices a “connection” between smoke and locomotives and infers cause and effect: the smoke causes the locomotive to move. The point being that it’s easy to infer causality from “connections” in ways that have no grounding in reality.

In other climate news, the Wall Street Journal reports that researchers have, for the first time, counted all the world’s Adélie penguins — a sprightly seabird considered a bellwether of climate change — and discovered that millions of them are thriving in and around Antarctica.

Rather than declining as feared due to warming temperatures that altered their habitats in some areas, the Adélie population generally is on the rise. 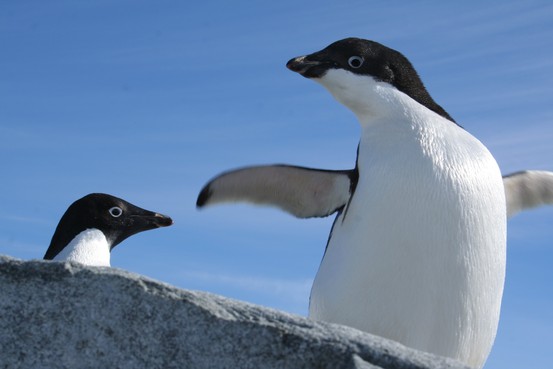 ← Raising Our Kids
If a Man Neglects Education →