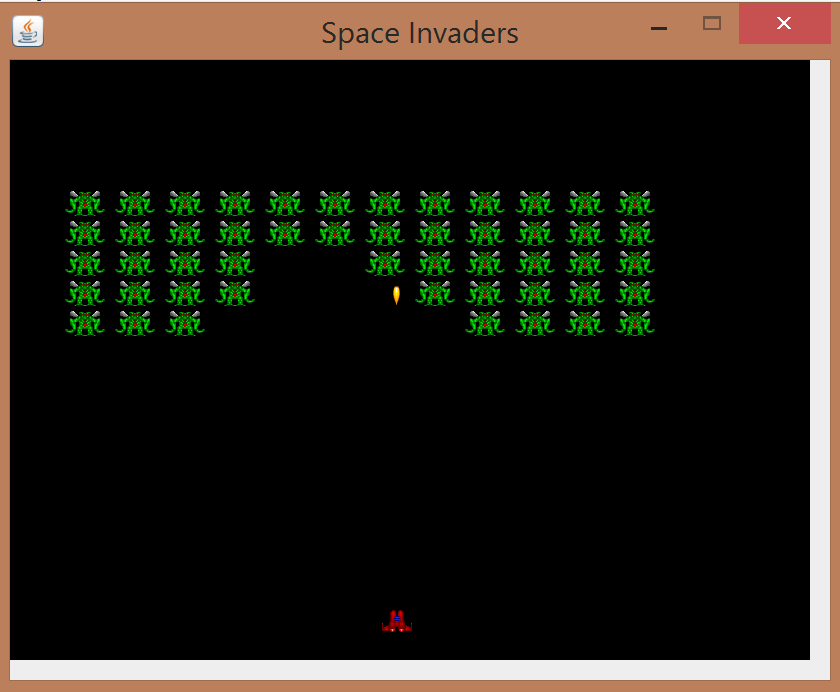 On the last day of class, I gave students the code for a partially working Space Invaders game, along with instructions for adding collision detection and completing the implementation. The instructions didn’t leave too much to the imagination because I wanted to give everyone a chance to finish out the year on a successful note. I estimated it to be about a 30-minute activity. It didn’t occur to me that that students would do anything but finish the program and spend whatever time was left over blasting aliens.

What they actually did was, they finished the program, tweaked the firing interval so they could shoot faster, changed the speed of the sprites, added more aliens, changed the program to shoot two bullets at a time instead of one, changed the program to shoot five bullets at a time, enabled the aliens to drop bombs, had the game recognize that when the alien count gets to zero, it should stop and write You Won or Game Over, switched the image files to cooler looking spaceships and missiles . . . one student changed the alien image to a picture of my dog (available from a previous assignment), pugs from outer space.

So when I say that we couldn’t have had a better group of students, that’s the kind of thing I’m talking about. They exceeded expectations on all metrics. I wish I could have thanked each of them individually for their unique contributions to the class.

Programming is what I do, it’s been a big part of my life for a long time. I’m glad to have had the opportunity to share it and I’m sad that it’s ending . . .