George Washington Died on this Day in 1799 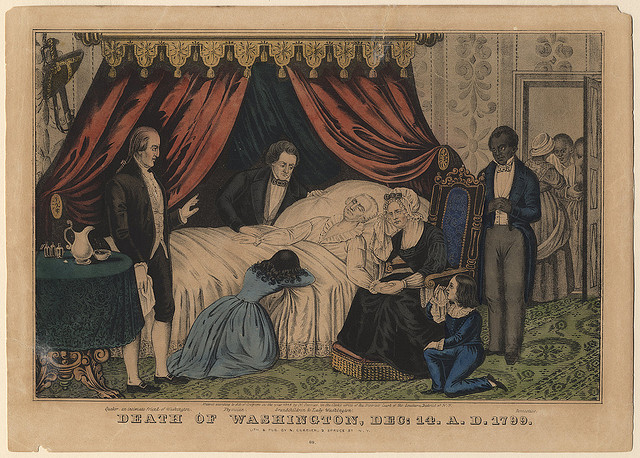 On this date, Dec. 14, in 1799, George Washington, the American revolutionary leader and first president of the United States, died of acute laryngitis at his estate in Mount Vernon, Virginia. He was 67 years old. That is according to History.com.

Not surprisingly, draining off almost half of Washington’s blood not only didn’t cure him, it probably killed him.

The moral of that story is: When you don’t know what the heck you’re doing, just leave well enough alone.

When a true genius appears in the world you may know him by this sign: that all the dunces are in confederacy against him.