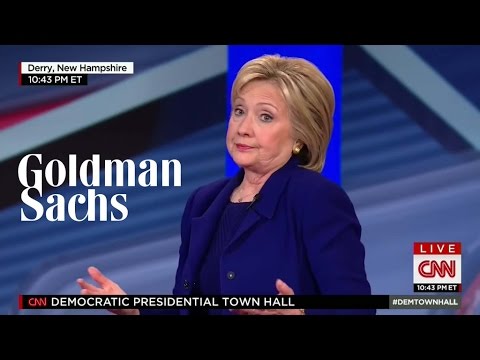 There are certainly other ways of identifying Henry Paulson, e.g.,

It’s hard to see how an endorsement from Henry Paulson is anything but a nail in the coffin of the Clinton campaign . . . I took millions of dollars for speeches to Wall Street banks and investment firms, including $675,000 from Goldman Sachs (see New York Times), and now they’re all endorsing me! (Shocking.) Also: I am the candidate best positioned to hold the financial industry accountable for its practices.

Clinton -— as the Times piece linked above helpfully notes —- has run through a series of bad answers about why she gave the speeches and why she is now unwilling to authorize the release of the transcripts of them.

← Why Gun Control Can’t Be Solved
George Orwell: “I Told You So” →

Sitting quietly, doing nothing, spring comes, and the grass grows by itself.