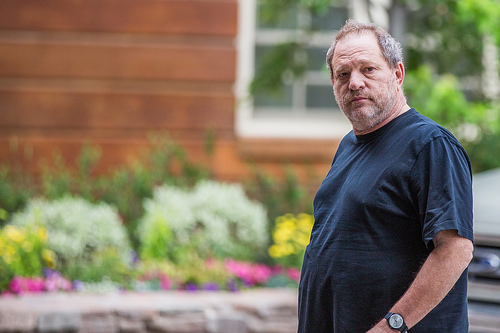 It seems like almost all of the Weinstein shenanigans happened after women accepted an invitation to meet in his hotel room.

Wouldn’t that give you pause if a business associate of the opposite sex (or same sex if you prefer) invited you meet in a hotel room? Why not the lobby? Or the restaurant? Or an office building?

And when he or she comes to the door in a bathrobe, do you say “I’ll come back when you’re dressed”? Or do you go in anyway? Surely you’ve gotten the hint by now . . .

It was evidently well known in the entertainment industry what Weinstein was up to with women in hotel rooms. But it was also well known that Weinstein had advanced the careers of many.

Dilemma! What do you do? How will you explain it to yourself and others?

Yes, I agreed to meet a man in a hotel room . . . yes, he did answer the door in a bathrobe . . . but I was traumatized when he later proposed that I give him a massage!

← To the Daughter I Never Had
A Hotbed of Asininity →

The only thing stopping me today is my lethargy, genetics, income, time I was born and crippling depression!