Here’s a photo showing two girls in a “cage” watching a World Cup match, amongst dozens of other kids who are for some reason wrapped in foil. 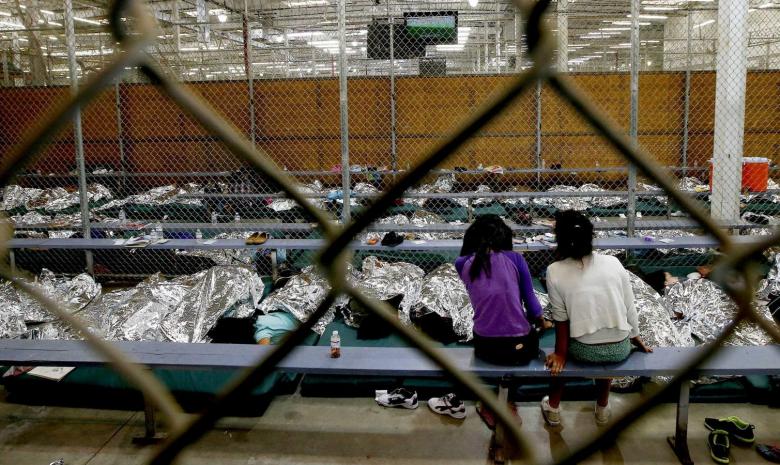 I’ve seen this photo and others widely circulated online recently as evidence of the Trumpenfuhrer’s crimes against humanity.

But guess what? The photos were taken in 2014, when some other guy was president.

Many people have a single standard for evaluating political activity: Is it being carried out by Team Red or Team Blue. Nothing is good or bad on its own merits.

I don’t remember anyone on Team Blue being outraged about kids in “cages” in 2014, but in 2018 it’s a humanitarian crisis has to be denounced mercilessly, even if the evidence has to be faked.

Is the outrage real or manufactured?

What is the number one priority for American parents? More daycare! Forced separation! For parents who can’t afford daycare, the government makes other people pay for it. That’s how essential it is. It’s a national priority for parents to be able to put their kids in holding facilities.

For parents who don’t want to be with their kids even on nights and weekend, boarding schools are available for 24/7 separation.

When school lets out — summer camps! Or more daycare!

Saying that you want something implies that you’re willing to change to get it. Otherwise, you really don’t want the thing.

The average daycare worker makes $11.42 per hour, less than, for example, baggage porters and bellhops ($12.55/hr), who perform a similar service, i.e., taking custody of possessions that you don’t want to be bothered with.

For they are a nation void of counsel, neither is there any understanding in them.