Afghanistan was our longest war — 20 years — but it’s not like we were fighting World War II over there. There had not been a US combat fatality in a year and a half until Biden got 13 soldiers blown up, left at least hundreds of Americans stranded with no way out of the country, created a humanitarian crisis affecting tens of millions of people, has our allies around the world pissing themselves, has turned America into a global laughingstock, and his response is that what happened was inevitable, despite his previous promises that it was not inevitable. 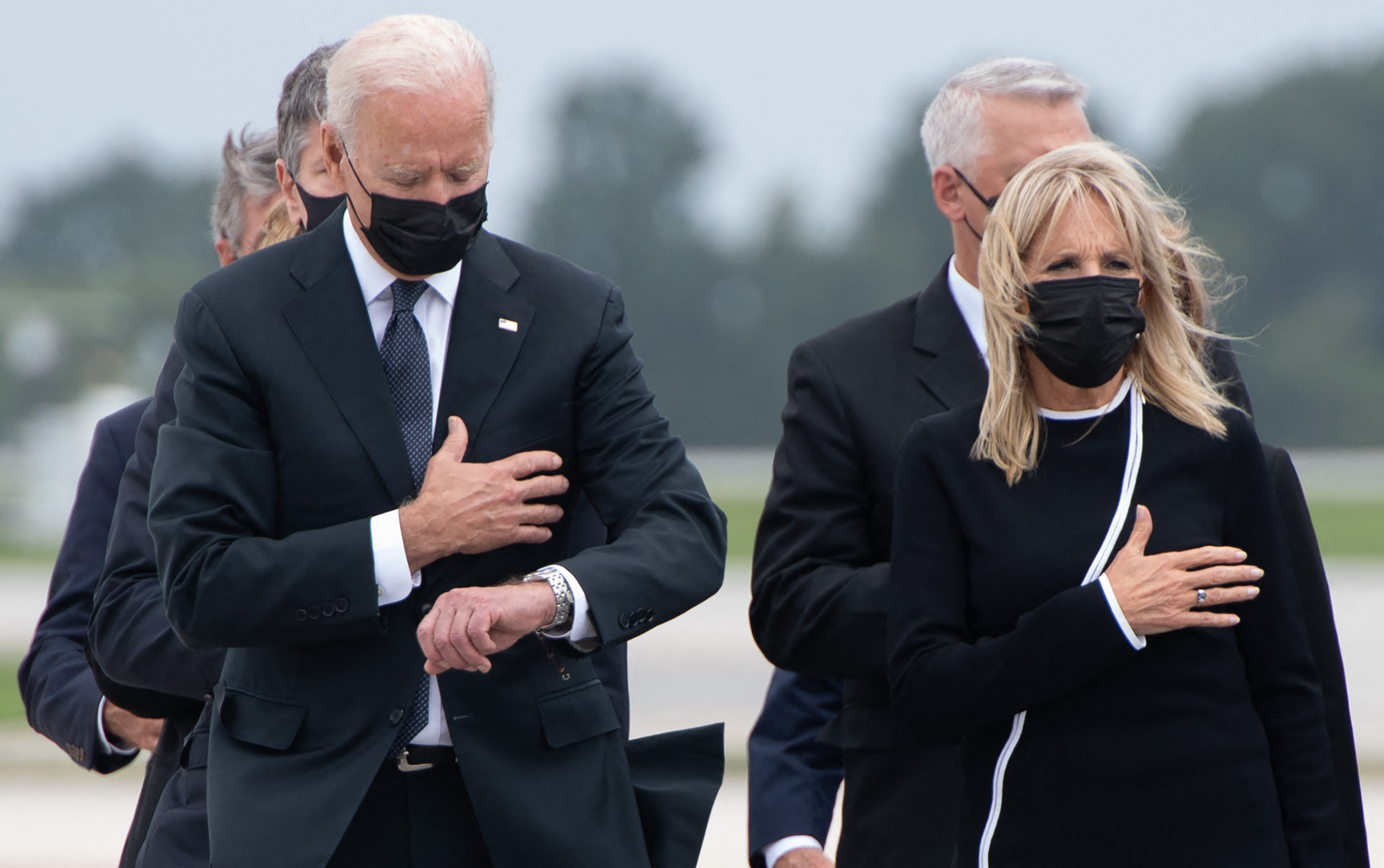 As one president to another, I say to Mr. Biden that when you are receiving fallen soldiers, you do it with dignity and respect. You don’t stand at ease, stuff your hands in your pockets, and look at your watch like there’s someplace else you’d rather be.

Everyone saw this, but the stories being told by the families of the fallen who met with Biden are even more damning. They describe him as snippy and dismissive.

In case you missed the Biden victory speech, I can summarize it for you:

I eagerly await reports of the next Biden “victory.” I just thank god I’m dead and don’t have to try to live through it.

The time you enjoy wasting is not wasted time.