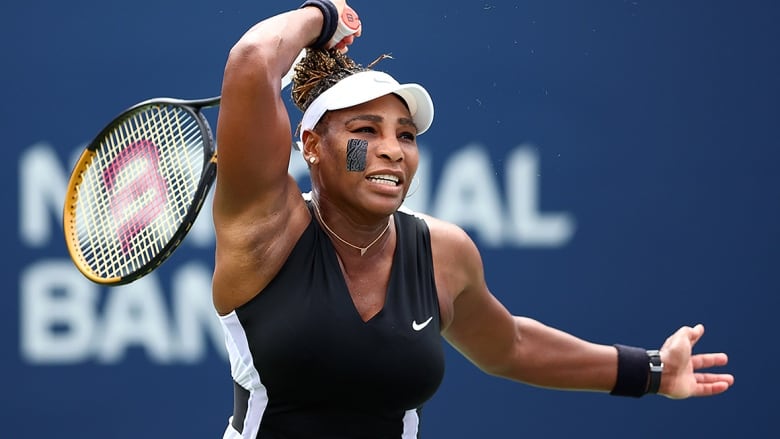 Please please please let Serena Williams retire from tennis. Never cared for her at all. She’s a sore loser, ungracious . . . best example of this, go back and watch the 2018 US Open final where Naomi Osaka beats Serena’s ass, during which Serena’s conduct is so appalling that Osaka, rather than being able to jubilantly celebrate her first major title, ends the match sitting in a sideline chair crying with a towel over her head.

Remember the time Serena verbally assaulted a linesperson (an older Asian woman, if I remember right) by threatening to “shove this fucking tennis ball down your throat”?

Or watch any press conference after she lost a match. It’s all excuses, alibis, justifications. If she ever in her life said the other player played better than she did, I can’t remember hearing it.

Contrast this with top male players — Nadal, Djokovic, Federer — who are gracious in victory and defeat. Nadal in particular will always say “The other guy played better than me” after a loss.

I don’t mean to say that Serena is the only top-tier tennis player who’s ever behaved poorly. Most of the players that come to my mind are male players — John McEnroe, Jimmy Connors, Ilie Nastase, for example — but these were the “bad boys” of tennis. Their conduct wasn’t celebrated or ignored.

And for the record, I never really cared for any of those guys either, although I love McEnroe as a commentator, and Nastase I felt a little sorry for because he seemed more like a child who couldn’t control himself and not so much like an aggressive jerk.

← Going
The Freedom to Offend →

Most of what my neighbors call good, I am profoundly convinced is evil, and if I repent anything, it is my good conduct that I repent.