At the Dinner Table 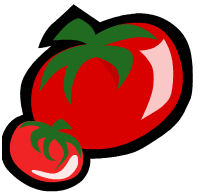 “What’s up with these little tomatoes?” he asks.

“They’re cherry tomatoes,” I tell him.

“The flavor is different than regular tomatoes.”

“Actually,” his mom says, “I bought them because they were on sale.”

← The Starbucks Girl Will Be a Good Pug Owner
Core Audience →