It was HOT today at the Coliseum — not quite as hot as it’s been all week, and there was a bit of a breeze — but it was HOT.

During the game, there was a roar behind us that sounded like a jet flying past outside the stadium. The second time it happened, my son figured out what it was.

When the Goodyear blimp flew over the west end of the stadium, it cast a moving shadow over the stands (see photo). The roar was a rolling cheer from sweltering people who all of a sudden found themselves in the shade for a couple of seconds . . . 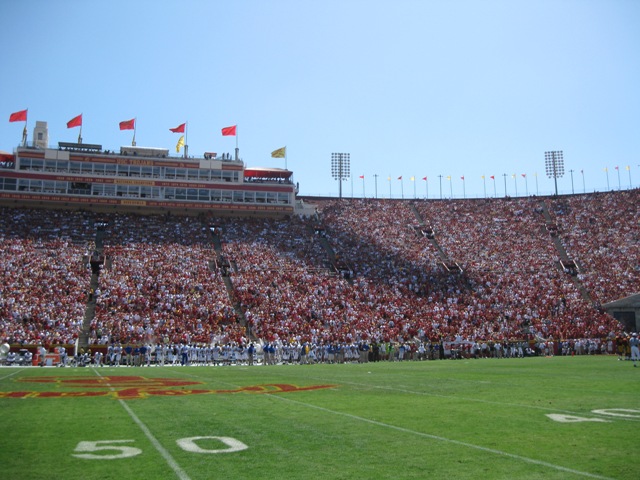