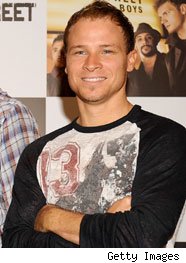 The Backstreet Boys have been forced to cancel their New York City promotional tour because member Brian Littrell has been diagnosed with the swine flu. The other three members — Nick Carter, Howie Dorough and AJ McLean — have seen a doctor and are not showing any symptoms.

Disease and injury seem to be the only ways to put a stop to these played-out musical acts. Evidently no one ever wakes up one morning and realizes that they’re just too old for this shit . . .

← Give a Man a Fish
Give Blood Play Hockey Charity Tournament →