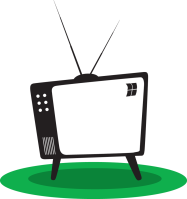 Not once during those months did there emanate from the screen a genuine idea or emotion, and I came to understand the medium as subversive. In its deceit, its outright lies, its spinelessness, its weak-mindedness, its pointless violence, in the disgusting personalities it holds up to our youth to emulate, in its endless and groveling deference to our fantasies, television undermines strength of character, saps vigor, and irreparably perverts notions of reality. But it is a tender, loving medium; and when it has done its savage job completely and reduced one to a prattling, salivating infant, like a buxom mother it stands always poised to take one back to the shelter of its brown-nippled bosom.