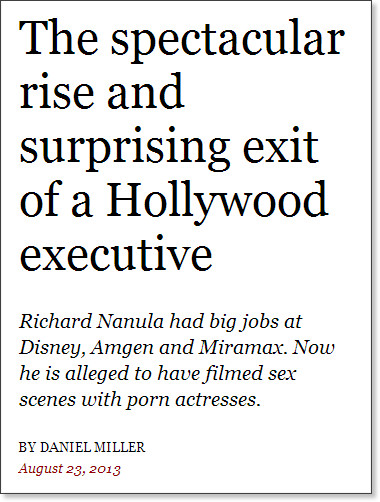 Here’s the kind of outside-the-box thinking that propels executives to the top of Hollywood: Paying a woman for sex is illegal. Paying a woman to act in a sex scene on camera is not.

Not to say there won’t be consequences, but at least you won’t have a prostitution beef on your record.