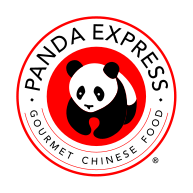 Actually, my son saw him. When the boy pointed him out to me, all I could see was the back of a smallish man in a black hoodie surrounded by half a dozen of the largest human beings I’ve ever seen. You have to get past those guys to get your shot at Floyd.

In other close encounters with boxing legends, I once saw Sugar Ray Leonard and his family at Juice It Up.

Most of the important things in the world have been accomplished by people who have kept on trying when there seemed to be no hope at all.