Don’t Put a Sweater on a Pit Bull

Police in Florida say a dog named Scarface attacked a family who tried to put a sweater on it.

The three people escaped the house and left the dog in the backyard. They ended up in the hospital. 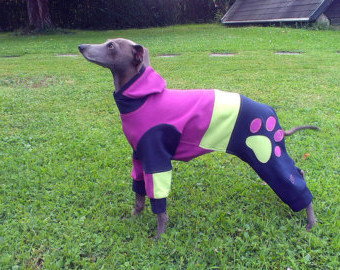 Folks, if you feel like you really must put a sweater on your dogs and you don’t want to end up in the hospital or the morgue, the dog of choice is the Italian greyhound. Those shivery little fuckers love to wear sweaters.

Visit any dog park in the fall or winter months and you’ll see IGs prancing about in sweaters, often hand-made by the owners. It is a match made in heaven.

← Why Do We Need the Sign?
Parenting Blunders Ranked →

There is one bright spot at the back, at the beginning of life, and afterwards all becomes blacker and blacker and proceeds more rapidly—in inverse ratio to the square of the distance from death.