EppsNet at the Movies: Confessions of a Dangerous Mind 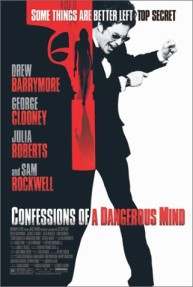 Chuck Barris was way ahead of his time in recognizing how many Americans are willing to make an ass of themselves on television.

The tone of the movie is inconsistent — is it a comedy? a thriller? a tragedy? — but it’s entertaining.

Confessions of a Dangerous Mind An adaptation of the cult memoir of game show impresario Chuck Barris (Sam Rockwell), in which he purports to have been a C.I.A. hitman.

← Can You Hate Both Political Parties Equally?
Were They Boxers? →

If you repeatedly see a problem, it may be a part of your calling to do something about it.