Jim Kiick was a running back, primarily with the Miami Dolphins, from 1968 to 1977. He played in three Super Bowls, winning two, and scored the decisive touchdown in Super Bowl VII, a 14-7 victory over the Washington Redskins that capped off an undefeated 17-0 swason.

He is the Dolphins’ fourth all-time leading rusher.

Kiick had been suffering from dementia and living in an assisted care center for several years prior to his death. 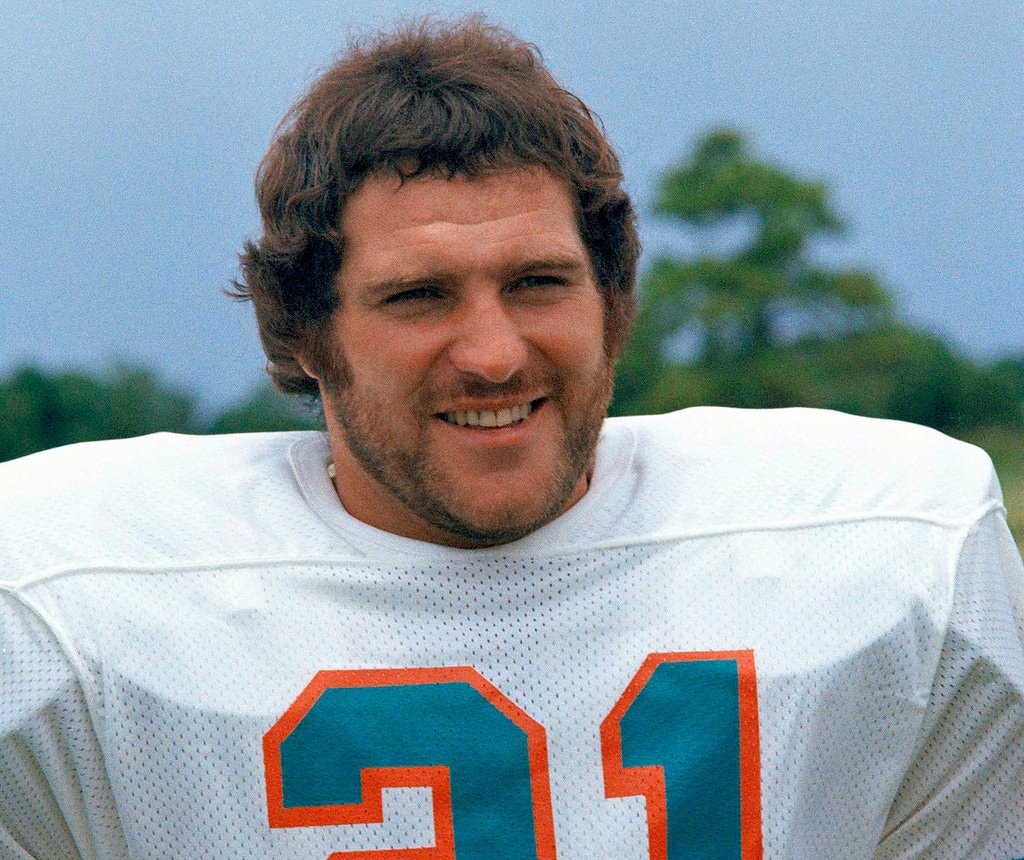 ← People I Thought Were Dead
A New Purpose in Life →