Even Stephen A. Smith is Right Occasionally 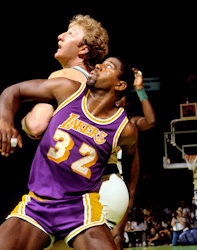 From the Blind Squirrel Finds a Nut files: Stephen A. Smith calls Kevin Durant’s decision to join the Warriors “the weakest move I’ve ever seen from a superstar.”

Stephen A. Smith is never right about anything. In case you missed it, Stephen A. Smith has picked the last six NBA Finals winners incorrectly. It’s hard to be that wrong. How hard? The odds are 63-1 against.

That means if you chose 64 random drunks at a sports bar, 64 dart-throwing monkeys, whatever — 63 of them would do a better job picking NBA Finals winners than Stephen A. Smith.

(FYI, the “dart-throwing monkey” is a go-to metric in assessing investment portfolios. Follow the above link if you don’t know what I mean. It’s not a racial reference.)

But Stephen A. Smith is exactly right about Kevin Durant. The Thunder blew a 3-1 lead to the Warriors and lost a series that they should have won and Durant sells out his teammates and signs on with the team that beat them.

A superstar in his prime does not do this. A competitor does not sell out his teammates like this.